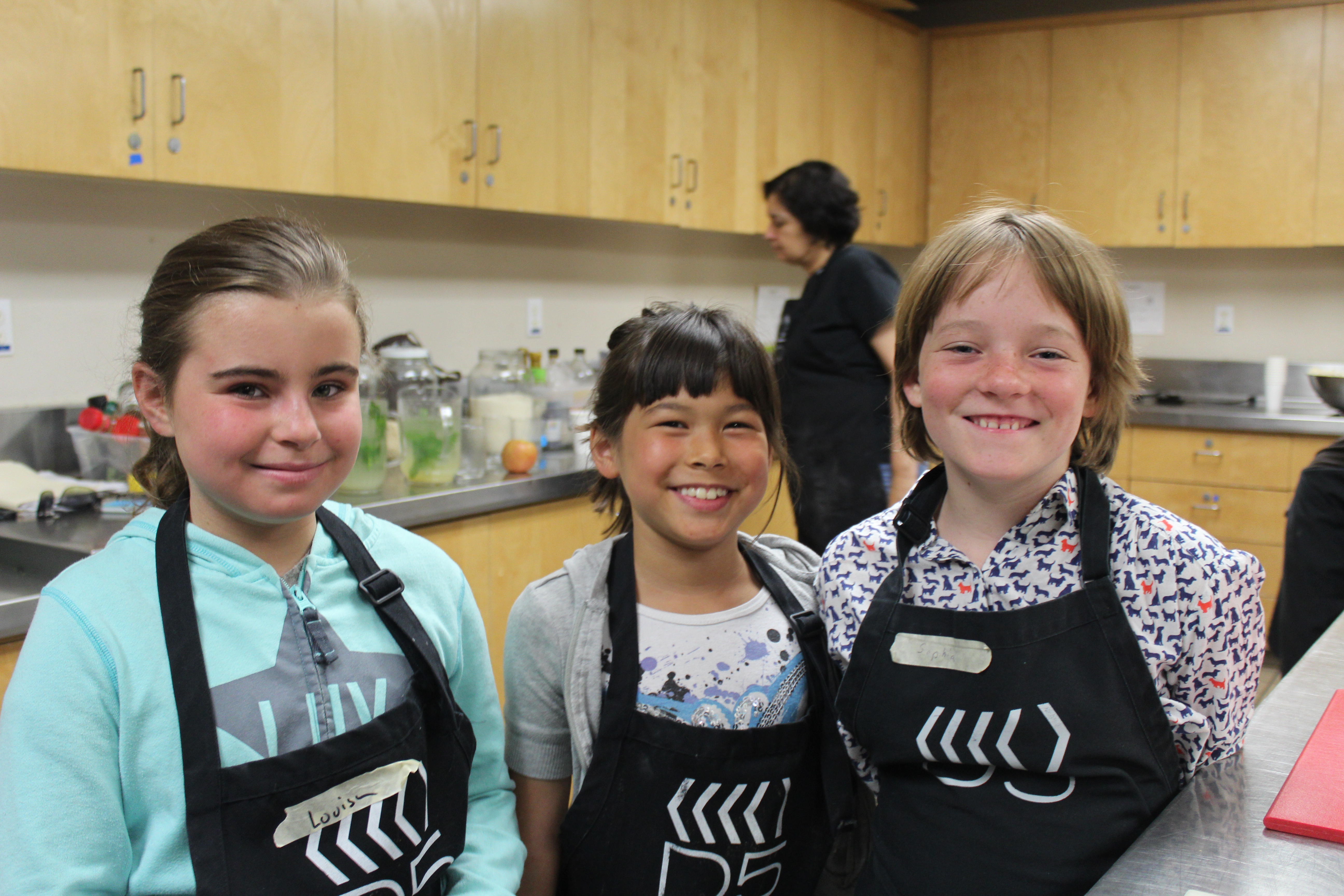 It’s never too soon to teach your kids all about cooking. It’s such an important life skill. Why not start with some cooking terms? We have found that kids enjoy learning them. Here are a few terms to get you started.

Acidulated water: This is when water has lemon juice or vinegar in it that prevents certain foods from becoming brown such as apples, artichokes, celery root, Jerusalem artichokes, etc.

Al dente: Cooked just enough to retain a somewhat firm texture. It Italian it means, ‘To the tooth.’

A La Carte: French meaning – “According to the menu,” off the card.

A La Mode: Pie with ice cream on it.

Au Beurre: This means that the vegetables, fish, meats or whatever it may be, has been cooked in butter, or glazed with butter.

Au Gratin: To cover a prepared dish with breadcrumbs or cheese (or both) and brown to a golden color in the oven or under the broiler.

Bain-Marie: A dish containing ingredients is placed in another of warm water in the oven, so the food is kept moist and does not become dry or overheated. Make sure oven temperature is correct and that the outer dish does not contain too much water, otherwise, it will bubble over into your ingredients.

Bake: To cook or dry heat in an oven and this applies to all ovens cooked foods except meats which when baked, are usually known as roasts.

Barbecue: To roast slowly on a spit or rack over heat, usually basting with a highly seasoned sauce or marinade.

Bard: To wrap meat with bacon or salt pork.

Baste: To moisten meat or other food while cooking, in order to add flavor and prevent drying of the surface. Melted fat, meat drippings, lard, fat, water or sauces, can be used for basting.

Beat or Beating: To lift a mixture rapidly up and over with a fork, spoon, wire whisk, rotary or electric beater, for the purpose of introducing air or making the mixture smooth, stiff in the case of egg whites, or fluid in an omelet mix.

Binding: Adding liquid, egg or melted fat to a dry mixture to hold it together.

Blending: Means beating OR combine ingredients with a fork, spoon or spatula.

Boil: To cook in water or other liquid, in which the bubbles are breaking rapidly on the surface and steam is given off. (The boiling point of water is 212ºF or 100°C)

Bouquet Garni: A bunch of herbs consisting of parsley, thyme, bay leaf, and celery tied together or inserted into a cheesecloth, or paper- bag.

Braise: To cook by shallow frying followed by baking or stewing. The food is first browned in hot fat or oil, then slowly baked or simmered in a covered pan or baking dish, sometimes with a small amount of fluid added.

Broil: To cook by direct heat. This may be done by placing the food under or over an open flame or heating unit.

Browning: Searing the outer surface of meat to seal in the juices.

Bruise: Release the flavor of foods, especially herbs and spices, by crushing them.

Brush With: To lightly apply melted fat, cream, etc., with a pastry brush on food.