My work with GPDB-a story… 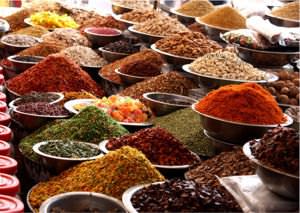 Rod Smith, the founder and CEO of The Green PolkaDot Box (GPDB) called me out of the blue almost 6 years ago. I was not in great shape at that time, being in the thick of some major life changes that I didn’t see coming, and I’m afraid I talked his ears off, as I did with everyone back then ….sorry everyone!

He knew I had the nation’s first certified organic cooking school and had my master’s degree in holistic nutrition-that’s why he called me. He was about to find out I was in the process, with my good friend Dr. Elson Haas, of writing a nutrition/cookbook and that my son had joined the Navy and might have to go to Afghanistan (wa!), that my kids were all worried about me (sniff, sniff) and that my poor Mom didn’t know what to do to help me (more tears) , and-well, you get the gist. The poor man was always kind and caring and if he had a million things to do (which he did), he never acted like it. Rod is the consummate family man and being a deeply religious man, he couldn’t understand what just happened in my life, but was always telling me that all would turn out fine. I always felt better after my talks with him. Somewhere in my counseling sessions (!) with Rod I started working for his little start-up company, The Green PolkaDot Box. He believes that genetically modified organisms are not natural and shouldn’t exist. Whether you are a religious person or not, you can appreciate his thinking. I did.

I started delving into GMO’s full-force, as no GMO’s is the basic tenet of the company. While I was at it (I was starting to feel better) I suggested we don’t carry anything with preservatives, no body-care products higher than a 3 on the Environmental Working Group’s safety scale, that we only sell fish from sustainable companies, etc. He pretty much gave me free reign to make any and all suggestions, so….. let’s find out which companies use BPA, so we can let folks know; we started asking certain companies that sell products from other countries (coffee, tea, vanilla, chocolate) if they practice free trade. I can go on and on, but you get the drift. The company, with Rod at the helm working absolutely tirelessly to not only choose the best products, but to then negotiate prices that were the lowest you can find, was not an easy task. Remember the recession was full force then- not an easy business or time to begin.

I had more questions and comments as time went on. I was more myself by now and feeling pretty good about where I was and where I was heading. I am a big eat locally person, and the GPDB delivers to your door-wasn’t sure those two went together. Rod reminded me that we don’t all live in Northern California in this big foodie-central part of the country. I certainly learned that first-hand in 2010 when I traveled the country talking to our nation’s kids about their health for the non-profit I founded, DirectionFive. I’m thinking of parts of South Dakota in particular, where being able to receive good food at your door, would be a God-send.  So although I support local farmers, I order my basics from the GPDB that magically show up at my door 2 days later.

I’m proud of the work I do for Rod and the Green PolkaDot Box. I delve into each ingredient and company very carefully. It can be an arduous process, but one that is worthwhile, knowing that I’m helping people I don’t know and doing something else to help our Earth.

View all posts by Patty James →
Summer time and the meal preparation is easy…. Dr. Robert Lustig at The Commonwealth Club in San Francisco