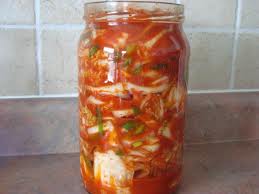 The digestive system, more commonly referred to as simply, the ‘gut’ is now also being called the ‘second-brain.’

Michael Gershon at Columbia-Presbyterian Medical Center, New York, states that, “A lot of the information that the gut sends to the brain affects well-being, and doesn’t even come to consciousness.”  There is a constant exchange of chemicals and electrical messages between the two systems. Nearly every chemical that controls the brain is also located in the gut, including hormones and neurotransmitters (chemicals that communicate information) such as Serotonin, GABA, Dopamine, Glutamate, and Norepinephrine. The gut contains 100 million neurons – more than the spinal cord!

So what is your gut, exactly?

Embedded in the wall of the gut is your ‘enteric nervous system’ (ENS), a term coined by the British physiologist Johannis Langley. The ENS can act with the brain or independently from the brain. If the main connection with the brain – the vagus nerve – is severed, the ENS remains capable of coordinating digestion. That’s really quite incredible.

Now, what does the gut do?

What contributes to an unhealthy gut?

Gut health depends on the proper balance of bacteria, also known as gut flora, that inhabit the digestive tract. The gut flora is important to overall health and taking steps to ensure you have a balance of good bacteria to counter the bad will help maintain good digestion and health.

So what foods are good for gut health?

What are lifestyles habits for a healthy gut?

Our second brain, with all of its complexities, is just now beginning to be understood. We may know much more in a short period of time, but for now, focus on increasing the ‘good’ bacteria in your gut, de-stress, and eat health-supporting foods most of the time.